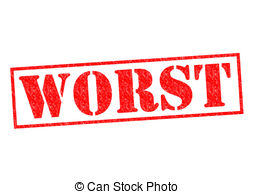 Where is there hope when things seem to be at their worst?

And we found these 3 answers to our question:

I Samuel 4:12 A man of Benjamin ran from the battle line and came to Shiloh the same day, with his clothes torn and with dirt on his head. 13 When he arrived, Eli was sitting on his seat by the road watching, for his heart trembled for the ark of God. And when the man came into the city and told the news, all the city cried out. 14 When Eli heard the sound of the outcry, he said, “What is this uproar?” Then the man hurried and came and told Eli.

I Samuel 4:15 Now Eli was ninety-eight years old and his eyes were set so that he could not see. 16 And the man said to Eli, “I am he who has come from the battle; I fled from the battle today.” And he said, “How did it go, my son?” 17 He who brought the news answered and said, “Israel has fled before the Philistines, and there has also been a great defeat among the people. Your two sons also, Hophni and Phinehas, are dead, and the ark of God has been captured.”

18 As soon as he mentioned the ark of God, Eli fell over backward from his seat by the side of the gate, and his neck was broken and he died, for the man was old and heavy. He had judged Israel forty years.

The soldier tells Eli all that happened.  When Eli hears that the ark has been captured, all the soldiers have died, and that his sons have passed, he falls over backwards and dies.  God has twice promised that Eli and his household would be judged for their sin.  While this is not the type of promise of God we typically would memorize, it is an example of how God keeps His faithfulness to His promises.  In our worst of times, the beginning of our hope is to look to God’s promises.  His faithfulness gives us hope.

Some long for the glory of God

I Samuel 4:19 Now his daughter-in-law, the wife of Phinehas, was pregnant, about to give birth. And when she heard the news that the ark of God was captured, and that her father-in-law and her husband were dead, she bowed and gave birth, for her pains came upon her.

20 And about the time of her death the women attending her said to her, “Do not be afraid, for you have borne a son.” But she did not answer or pay attention. 21 And she named the child Ichabod, saying, “The glory has departed from Israel!” because the ark of God had been captured and because of her father-in-law and her husband. 22 And she said, “The glory has departed from Israel, for the ark of God has been captured.”

When Eli’s daughter in law learns of all the tragedy, she goes into labor, gives birth, names her child “Ichabod”, and dies.  Ichabod means that the glory of God has departed.  This woman longed for the glory of God to return to His people.  When we long for the glory of God, we endure difficulty more patiently because we believe God is working something for His glory and our good.

Big Picture Question:  Where is there hope when things seem to be at their worst?

Truth:  Even during the worst of this world, God keeps His promises and assures the hearts of those who cry out for His glory.

Application:  Live knowing that we will be most attuned to God’s faithfulness as we cry out and long for His glory.

Action:  Pray that God would comfort your heart with a longing for His glory.